The visionary mindset, the overwhelming natural beauty, the endless mountain bike trails and an initiative called Greenstyle were the reasons for Velosolutions to move to the Swiss holiday destination Flims Laax Falera in 2018.

Two years later, Velosolutions is able to announce a big milestone on its way to the goal of becoming a fully electric construction company:

Nagens – the World’s first mountain bike trail that is built with 100% electric machinery, all charged with renewable energy.

· No combustion engines are allowed on the mountain.

· All transports of the crew, including visits of the authorities, photographers, officials, supervisors etc. are done by e-cars or e-bikes.

· All batteries are charged with sustainably produced electricity from hydro or solar power.

How is this even possible? Only a few days before construction started, Velosolutions realized that there were power outlets for the snowmaking installations all along the planned Nagens Trail. That’s when the 48 hour race started, trying to source all the electric machinery. Thanks to a big team effort, all the machinery arrived in Flims right on time.

The Velosolutions team around Claudio Caluori and Reto Fry from Flims Laax Falera are committed to ‘go all the way’, even if that might come with some challenges. Since there was no electric powered truck big enough to transport the machinery up to the mountain, they decided that the machinery had to make it up there using their own battery power, which led to the first challenge: They ran out of battery halfway up. Luckily, they could reach the next power output and were back on their way up, 2 hours later. 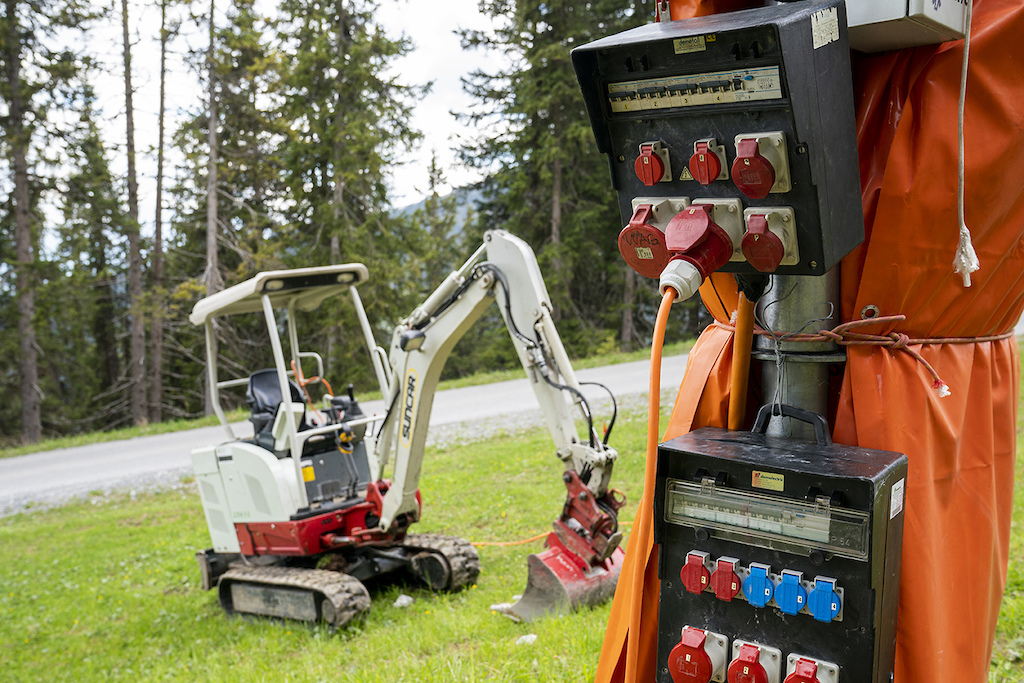 Taking on a ‘Worlds-First’ project is obviously not the easiest pathway, every day there is a new challenge that pops up, from the threat of lightning, to broken machinery. Claudio is so committed to this greenstyle project that he won’t let any staff up the hill in a fossil fueled car, not even photographers. Just to make sure nobody is cheating, he rides his Kenevo up there every day, sometimes a couple times per day…what’s up with that??

The best way to get to the trailhead is to catch the chairlift Foppa-Naraus from Flims and then ride across to the Graubergbahn cable car. The new enduro single trail connects Nagens and to the plateau at Plaun with 4 kilometers of action-packed fun. It was the missing part to reach Flims from Grauberg summit station on a mountain bike trail. From Plaun, bikers reach the valley via the existing trails Green Valley and Runca. 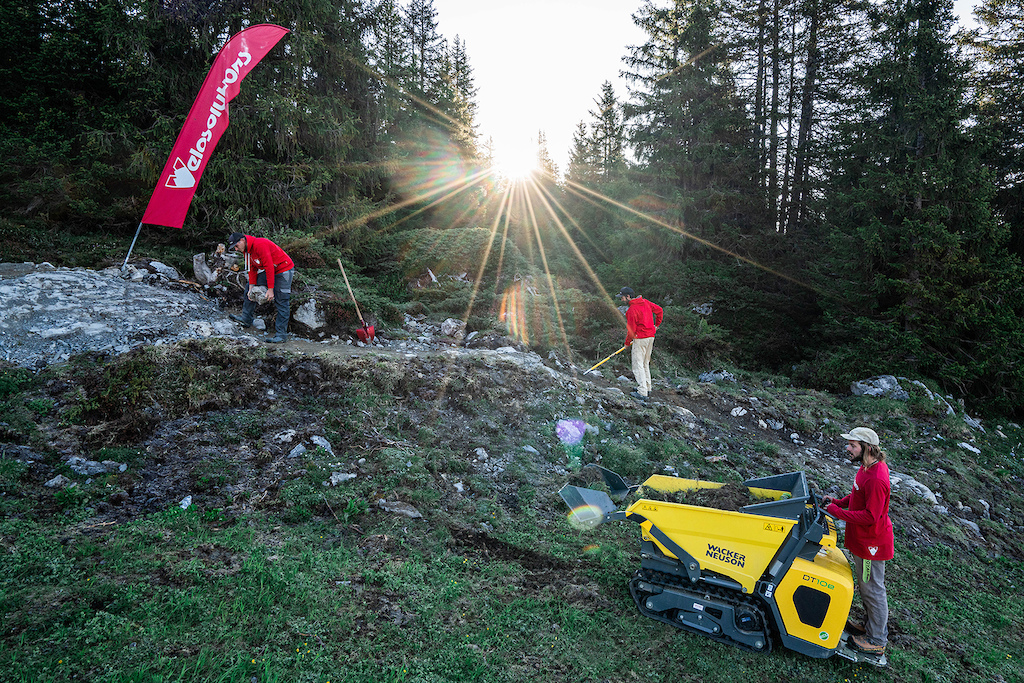 Like the existing Runca trail, the Nagens trail has the difficulty rating of ‘red’, for advanced mountain bikers, looking for a fun challenge. Thanks to the new trail, hikers and mountain bikers do not have to share a single trail anymore.

Joan Nelson’s plexiglass paintings an electric switchboard to the divine