A two-in-one package deal! Or is it?

If there is one thing endless in the cycle of life, it’s the abundance of chores. Taking out the trash, washing the dishes, and of course, doing the laundry are common aspects of daily life which even Chie Nomura, one of our Japanese-language reporters, couldn’t escape during her time residing in the iconic Nakagin Capsule Tower. In fact, her situation was further complicated by one problem: the building didn’t have in-house washing or drying machine units. With the closest laundromat 16 minutes away by foot, Chie decided why make the weekly trek when she could simply bring laundry-machine washing and drying to her residence? 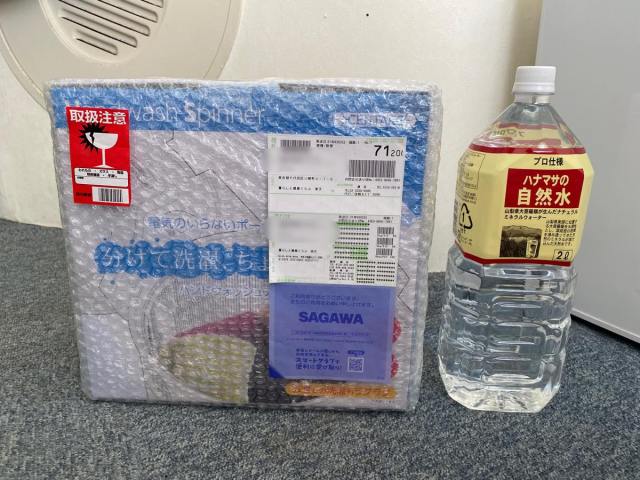 Looking at the package initially, a mild skepticism ran through her. She had settled on this particular machine, designed and made by a company named Centarc and priced at 6,370 yen (US$58), due to its positive reviews and supposed cost-performance, but frankly the home appliance was smaller than she’d expected. It wasn’t even as tall as the two-liter (68-ounce) water bottle placed next to it for scale.

Of course, one can’t always judge a book by its cover, or in this case, a portable washing machine by its box. Chie quickly unpacked the machine and assembled it.

▼ Besides an instruction manual, there was also a sample packet of laundry detergent and an accompanying measuring spoon. 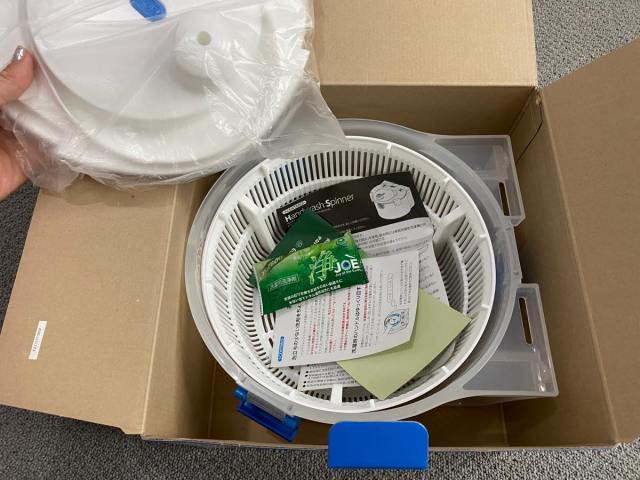 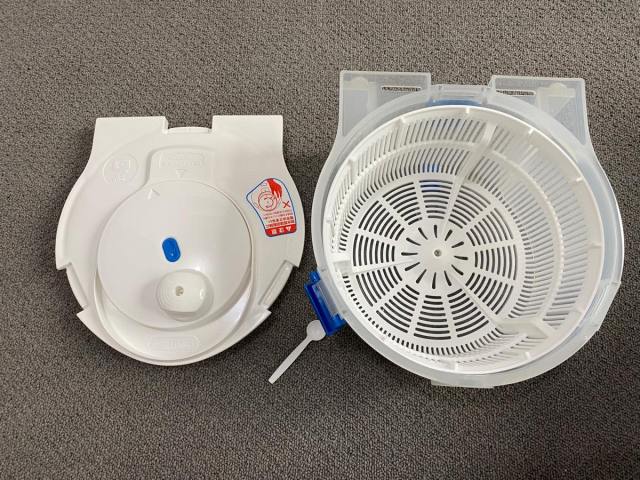 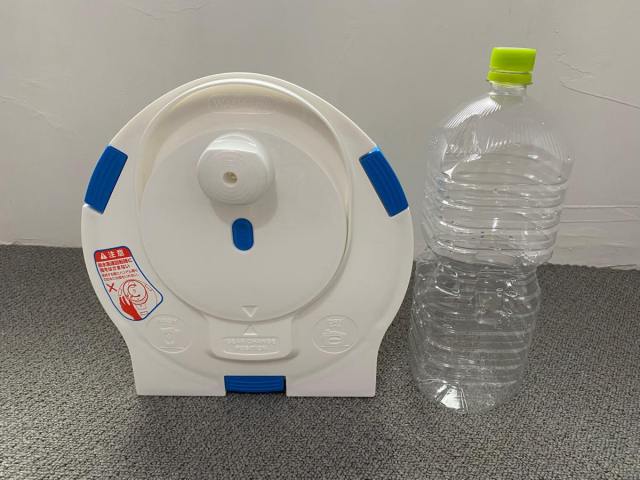 Once she finished, Chie had to decide what to wash in order to test it out. She chose a T-shirt and a pair of shorts, and folded them neatly into the appliance. Though she eyed the sample packet of laundry detergent, Chie played it safe and used her own instead before adding in an appropriate amount of water.

▼ And watching over her is none other than a cut out of Kisho Kurokawa, the architect behind Nagakin Capsule Tower’s distinctive design. 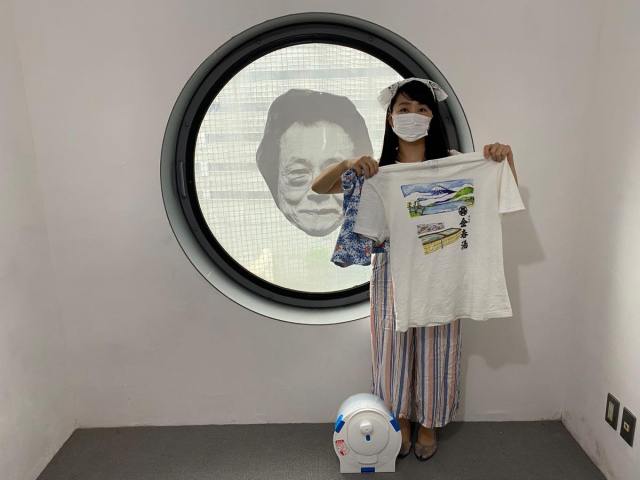 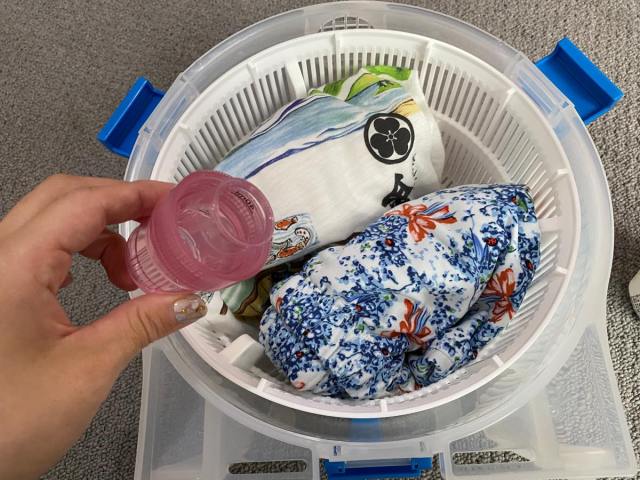 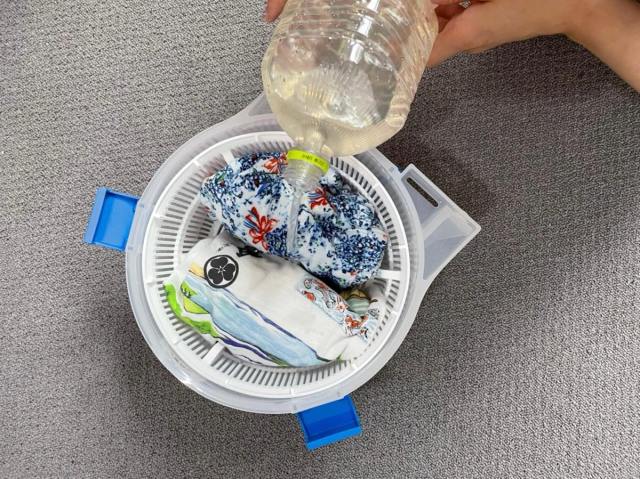 Now it was time to wash. Chie shut the cover and grabbed the gear-like extension on its lid. She switched it to “Wash・Low” mode, and since the washing machine is hand-powered, she strengthened her grip on the round knob and started to turn.

The movement itself was rather heavy and she paced herself, making sure to turn it fully but slowly lest she strain her wrist. The washing machine churned along, mixing its contents—clothes, water, and soap—into a frothy assortment. 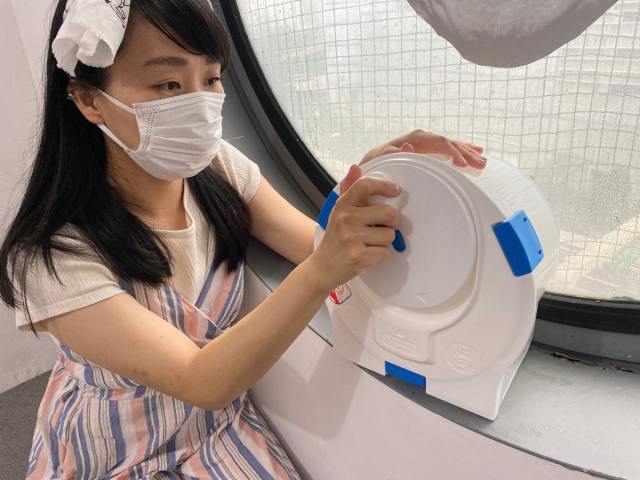 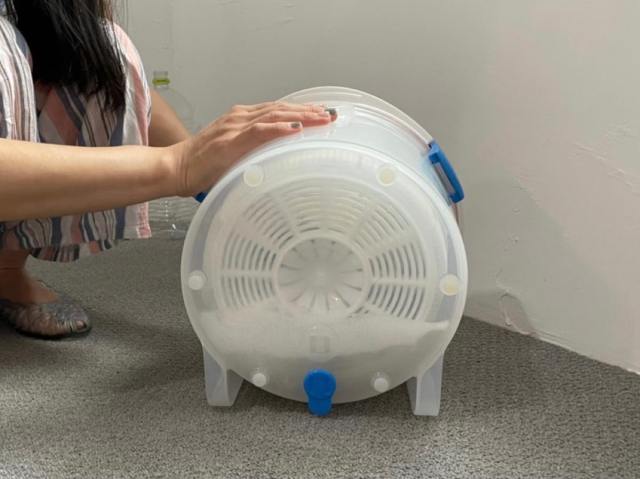 After a good number of turns, Chie moved to her bathroom to drain the water. Luckily for her, the process wasn’t too complicated or strenuous. There’s a small plug at the washing machine’s bottom and uncapping it allows all the water inside to flow out easily. 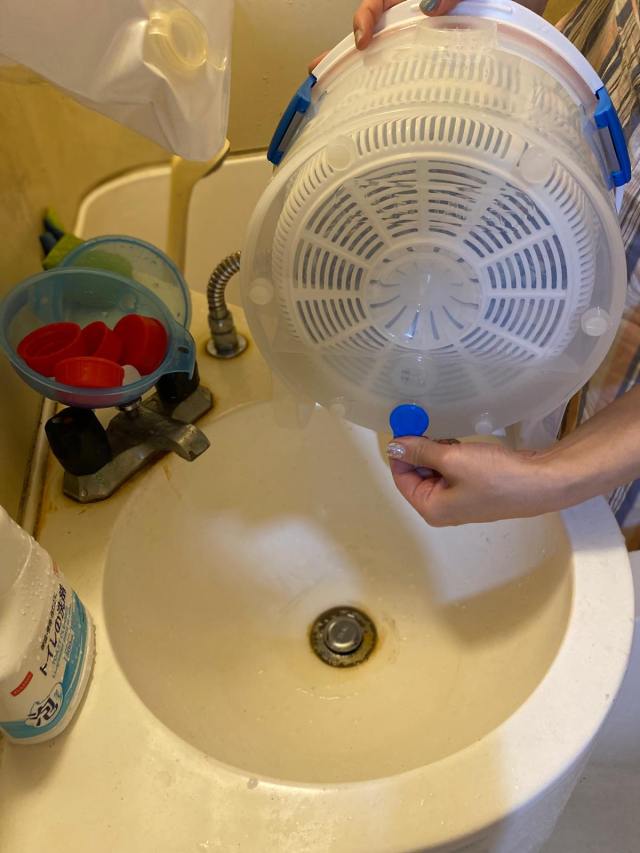 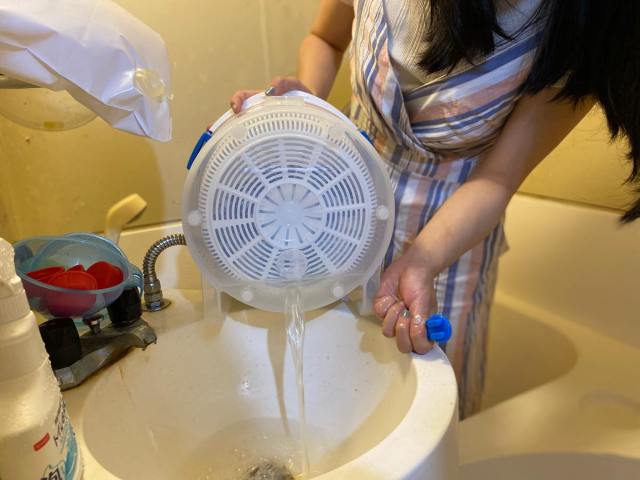 With all the water drained, it was now time to rinse everything. Chie grabbed the bathroom’s shower head and, with a funnel, channeled the water into the appliance via a slot built into its side. Somehow, she found the process rather soothing, satisfactory almost, and watched as water streamed smoothly out from the machine’s base. 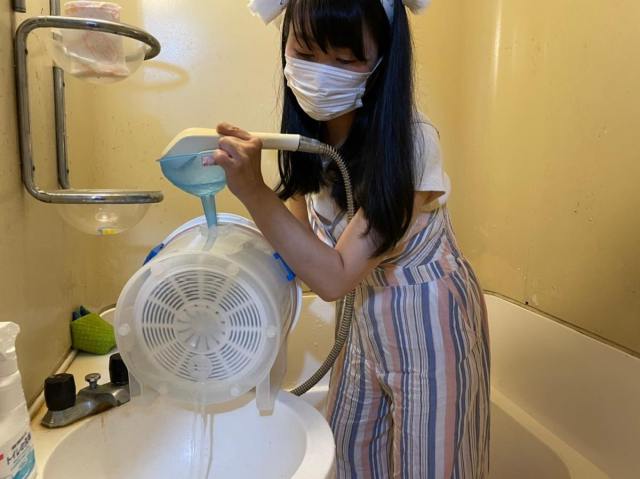 Next came the most important part: drying the clothes. Truthfully, Chie was most interested in this aspect of the appliance. She set the machine back onto its base, grabbed the gear on its top, and switched to “Dry・High” mode before winding the handle. Steadily, the inside of the machine whirled, and Chie really felt the movement was similar to an actual dryer.

▼ Giving it one last drain for any excess water! 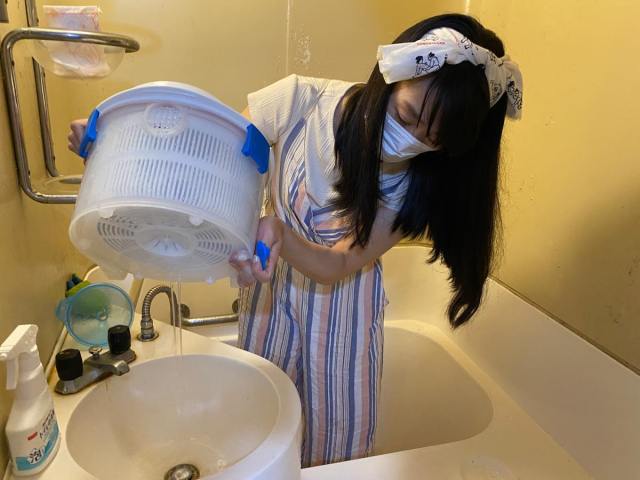 Opening up the appliance, Chie checked on her clothes. Unfortunately, they were still wet to the touch, but as she pulled out her shorts and wrung them, she noticed no sizable water droplets appeared on the cloth. So while the machine didn’t necessarily dry clothes completely, it at least evaporated the water. Given how the windows in the Nakagin Capsule Tower can’t open, this made drying them indoors more convenient as the clothes wouldn’t be as wet versus being pulled straight out of the washer. 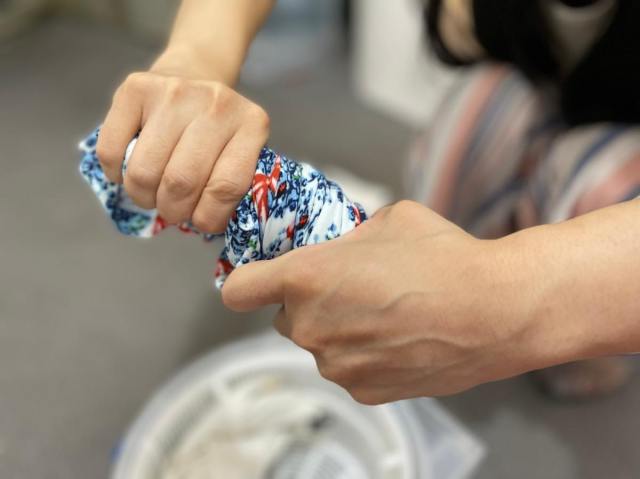 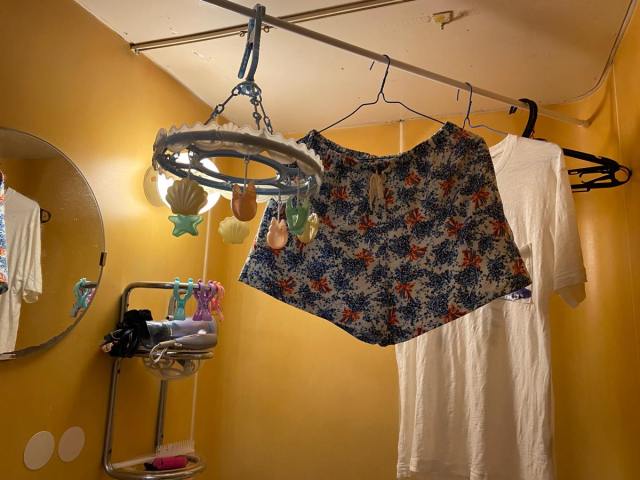 Overall, Chie would give the portable, multi-functioning home appliance 70 points out of 100. Passable, but not quite exceeding her expectations. It did have its pros however: it was lightweight, it didn’t make too much noise, and it seemed handy for more delicate laundry items. And perhaps our curious reporter could find another use for it, especially if it involves her dehumidifier water.

The Day – End electric deregulation. It has failed.

Everything you need to know about buying an electric vehicle in 2021 | Smart Change: Personal Finance

The Day – End electric deregulation. It has failed.

Everything you need to know about buying an electric vehicle in 2021 | Smart Change: Personal Finance